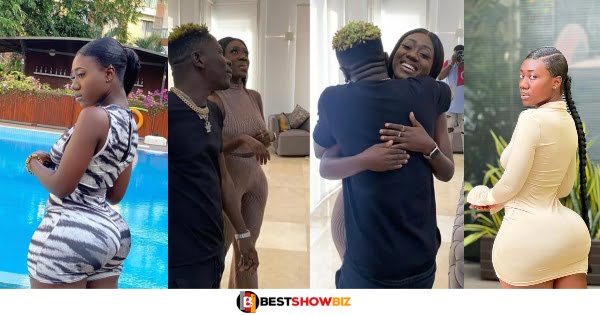 “I have never slept with Shatta wale”- Hajia Bintu

Hajia Bintu has finally spoken out to dispel accusations that Shatta Wale had sexual intercourse with her.

Shatta Wale utilized the nema of the Tiktok sensation as the title for one of his songs, which features Ara B and Captan, and the suspicions began to circulate on social media.

Following the release of the song, Shatta Wale went on to make a video for it, which features Hajia Bintu and has over 3 million views.

As the speculation spread through the media, Hajia Bintu used her time on UTV’s “United Showbiz” show to clarify that nothing intimate happened between herself and the dancehall musician.

She went on to say that Shatta Wale is just her godfather, and that the song launched her to an international audience.

According to Hajia Bintu, Shata Wale treated her with high respect and acted professionally during the video shoot.

In the video below, Tiktoker says all of these things and more.

Read Also  He Has Chop You Finish: Ghanaians Blast Hajia Bintu for these two reasons