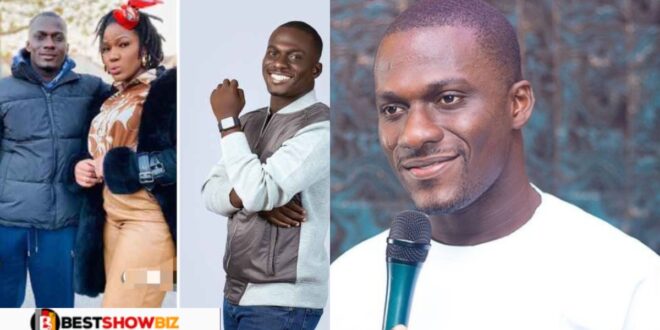 Afia Adoma, the lady, went on a rampage about how she just wanted a professional connection with Zion, but he wanted more.

She accused him of going against his superiors and paying for her ticket from London to France only for the purpose of sleeping with her.

She went on to say that Zion informed her he didn’t love Minalyn and that it was all because of the child. Erica, on the other hand, is best left unsaid.

She provided documentation to back up her accusations and shared screenshots of their talks, including how s*xual they were at times.

Zion has finally broken the ice and addressed the matter. He claims that this lady’s stories are bogus and that he has never met her in person.

He did not deny the discussions were real, but he did deny anything physical was going on, as the girl openly asserted. This was stated by broadcaster Ola Micheal during a discussion of the situation on his show.

Watch the panelists debate it here: