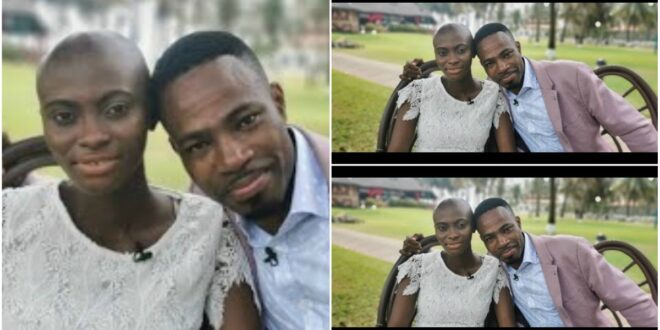 ‘I have never had a single hair on my head since I was born”- lady shares story with Kofi TV.

A pretty lady by the name Phoebe Samira Mohammed has revealed that, ever since she was born, she has never seen hair on her head before.

This was because she was suffering from a medical condition called Alopecia Areata which affected the way her hair grows.

She revealed that she used to tie a scarf around her head in school and also wear wigs when going out.

She said she has suffered in the hands of many people who body shame her without knowing the reason why she was that way.

She told Kofi TV that initially her parents thought it was a spiritual condition and took her to pastors and spiritual men for help but it came to noting.

She said she has learned to accept herself and is confident about who she is now.

watch the interview below.