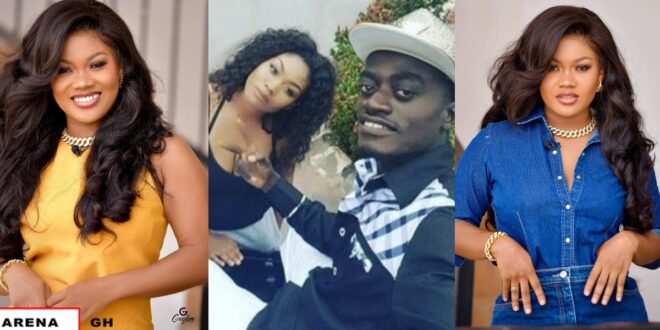 Sandra Ababio, a Kumawood actress, has denied ever having a romantic relationship with colleague Kwadwo Nkansah.

Sandra was accused of breaking up Lil Win’s previous relationship with his first baby mama, and the two have been rumored to be dating for a long time.

Sandra eventually put the rumors to rest when she appeared on Neat FM and confirmed that they had never been romantically involved.

Because of their mutual friendship as actors, the actress claims she has been dubbed Lilwin’s girlfriend.

She said the allegations have been going on for a long time because she does not post pictures of her real boyfriend on social media.

Read Also  8 pictures of Sandra Ababio that show she is a hot gem in Ghana.

See the video below to see the interview.