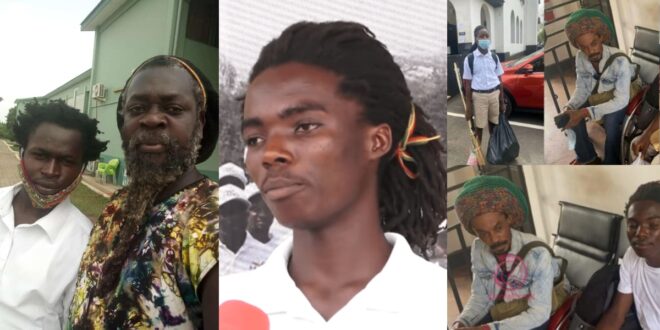 Oheneba Kwaku Nkrabea, a prospective Achimota school first-year student who has been refused entry due to his dreadlocks as he is a Rastafarian, says he is sad and frustrated.

In an interview with Black Rasta on Zylofone FM, Oheneba expressed his disappointment and depression, and urged his parents to try and take the matter to court.

“I’m sad and dissatisfied. He said, “I believe they must proceed to go to court in order for the matter to be settled.”

The student who was offered General Arts previously said that he wanted to cut his dreadlocks in order to gain easier access to the academy, but his parents ignored his request.

When asked why he wanted to shave his dreadlocks at that time, Oheneba said he was full of promise and always wanted to attend the Achimota academy, which he believes is a decent school.

“I had given up hope at one point. He continued, “I just decided to go to the Achimota school because I thought it was a decent school.”