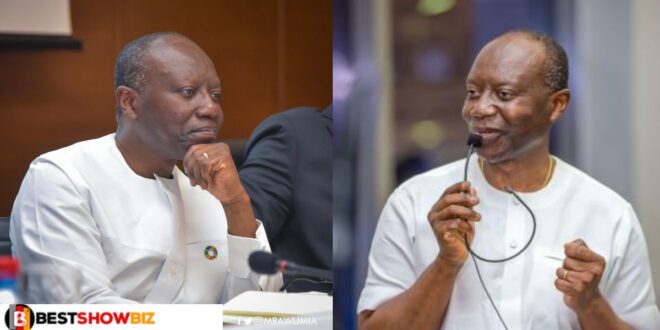 Minister for Finance Ken Ofori Atta has spoken out for the first time about his health in an interview with Metro Tv’s Paul Adom-Otchere.

The minister said that he had his liver inflamed after contracting Coronavirus while speaking on the ‘Good Evening Ghana’ broadcast.

He caught the dangerous COVID19 in November, according to him, and was hospitalized until the 10th of December, when he was allowed to return home.

Recounting the incident, he said that after returning home, he became jaundiced and ill, prompting him to return to the hospital, where his situation was thoroughly examined by doctors.

Mr. Ken Ofori Atta went on to say that he went back for a review in August and that the inflammation is almost gone, so they are now titrating to see how to reduce the steroids so that he may resume his usual life.

He also revealed that he has changed as a result of his ordeal and that he would soon be back in shape after being told to rest more and take his eating more seriously.