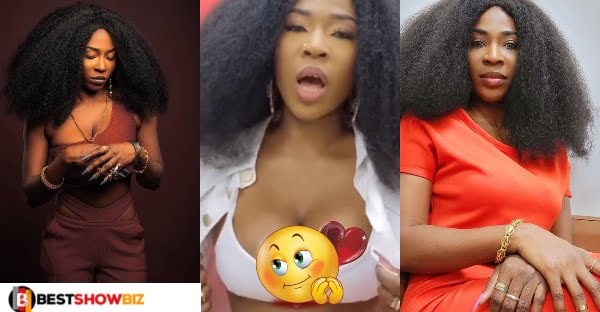 “I have invested over GHS 100,000 in AK Songstress’s music career but still no results.” – Manager

The manager of musician AK Songstress, Duke Banson, has revealed that his early investment in the artiste’s music career was fruitless.

Duke said on Onua FM that he kept a huge sum of $20,000 on AK’s career in order to promote her songs in Ghana, but nothing worked.

In the course of the exclusive interview, he explained why he ultimately chose to promote AK Songstress in Nigeria, claiming that a radio host who promised to promote his singer squandered his money.

“I gave someone who claimed he could push AK out there 20,000 dollars and he couldn’t do anything. He is the worst of the worst. There was no action.”

Read Also  "Sarkodie has shown me too much love, I want to come and stay in Ghana"- Kenyan Journalist Rachel says.

“This is why we chose to promote the song from Nigeria. Nigeria and 15 other countries took notice of the song. When it was accepted in the fifth country, Ghanaians first heard Ak’s song. Because ‘Jonathan’ had grown so large by that point, no one could stop it. I have a saying: “You can’t stop a moving train.”

Despite the fact that she has been around for some time, AK Songstress has not yet established a firm grasp. She receives very little notice in Ghana, and the number of admirers that listen to her music is relatively small.

Her management explains this tendency to the dishonesty of promoters, journalists, and bloggers. “They will say anything to get your money… And let me tell you something: I spent a quarter of what I did in Ghana on promotion in Nigeria, and the song is everywhere.”

“Right now, I’m working with a sick (but good) promoter in Nigeria.” I mean to say that I have good promoters there, and I’m going to work with them because they delivered.”