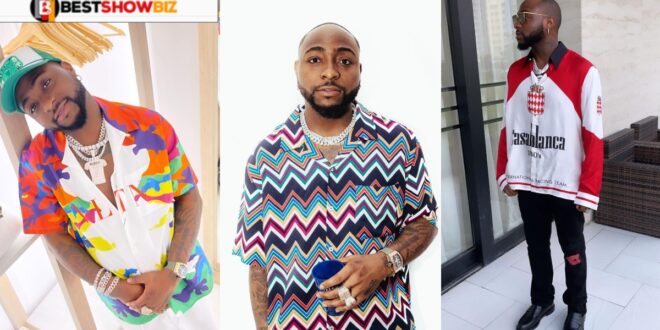 “I have faced many setbacks, but i made my way to success”- Davido

Davido, a popular Afrobeat singer, has resorted to social media to proclaim that he paved his own route to success despite the limitations placed on him by society.

He made it known on the popular microblogging site, Twitter, that despite the fact that he had encountered obstacles, he did not give up and continued on his journey.

He underlined that despite being on a restricted route, he was able to go above and beyond what many expected and that this is something he should be proud of.

He wrote, “Society tried to hold me back, but I had the audacity to go beyond the expected, and the courage to create my own path. Join me and find out about my journey as a Standout Swift.”