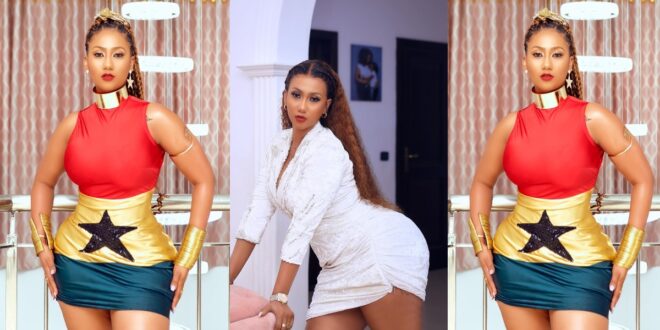 Hajia4Real, now known as Mona4Real, has been working extremely hard over the past three months to rebrand herself and her company.

She recently released her fourth track with Shatta Wale, titled “Baby,” which has quickly gained popularity on YouTube.

It earned a large number of views on YouTube, and she is slowly but steadily becoming a household figure in the music industry as a result.

She also hosted a dinner party for five of her followers in order to encourage them to hang out with her.

In a recent video posted on her Instagram profile, Hajia4Real said that she possessed all of the necessary qualities to be a good wife.

According to her, she has a wonderful bortos, nice boobs, is a fantastic cook, and possessed sufficient common sense to qualify her as a good wife.