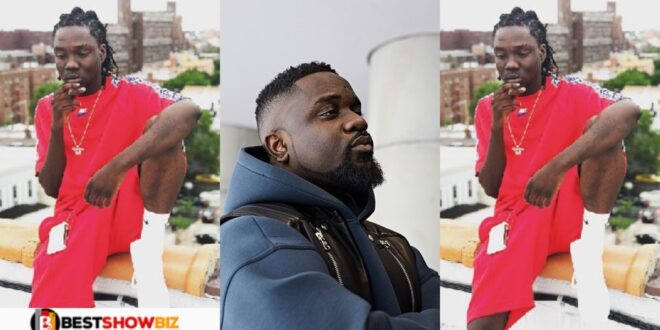 Showboy, a Ghanaian-born artist residing in the United States, has said that Sarkodie is unable to produce a hit song because he has cursed him.

According to the convicted singer, he is to blame for Sarkodie’s unpopularity, since all of his latest songs have failed to achieve the same level of success as previously.

Sarkodie, who released his album “No Pressure” this year, is claimed to have received minimal attention because the songs on the record were not as expected by his followers.

Showboy disclosed how to raise his cursed status, explaining that the musician would have to assist his record company, 2HypeGang.