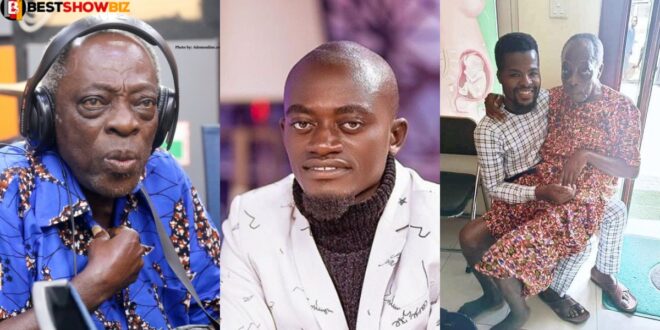 Lilwin, a Ghanaian actor known by his stage name Kwadwo Nkansah, has recounted what he did for Kohwe after learning of his illness.

Several weeks ago, photos of the veteran actor appearing unwell began to circulate on social media.

In an interview with ZionFelix, Lilwin confirmed that he is aware of the situation when asked if he has heard about it.

He then revealed what he had done for him prior to the publication of his photograph.

Lilwin stated that he had given money to the son of Kohwe on two separate occasions.

After they had been to the hospital multiple times, the well-known actor recommended them to pray as well,