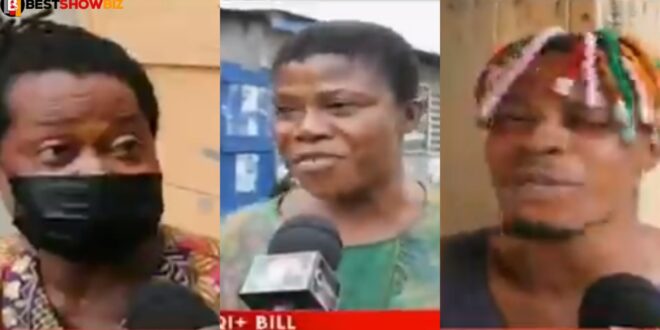 “I have been behaving like a woman since birth, I don’t know how to top”- [email protected] man in Accra speaks

The LGBT+ community in Ghana is fighting back hard against the government’s controversial anti-LGBT+ bill, which seeks to criminalize their activities.

Despite opposition from a cross-section of the liberal public as well as international LGBT+ and human rights groups, supporters of the measure are determined to see it through.

Instead of hiding for fear of greater stigma and prosecution if the bill passes, Ghana’s strong LGBT+ community is standing firm and asserting that their rights matter.

Bukom is recognized for its huge homos*xual population, and residents have encouraged the government to focus on what is crucial to the nation’s development rather than prosecuting those who have done nothing wrong.

According to Lawrence Doku, a smoked fish vendor and proud member of the LGBT+ community, everyone in the country is suffering, but the government is doing nothing about it while pursuing homosexual people who are innocent.

He declared that he is so delighted that he is gay that nothing will make him change, and that if God hadn’t made him that way, he would be very upset. He stated, “We will never say die until the bones are rotted.”

Another gay Bukom resident, Amos Shirley, stated he’s gay and proud of it. “I am a gay man who enjoys what I do. So if I walk like a woman, no one should be able to prevent me from doing what I want. I’ve done things like a woman since I was a child, and I don’t know how to stop.”

Patience Engman, who has become a godmother to the community’s gays, claims that the government is wasting its time by attempting to enact the bill because it will do nothing to change their sexuality.