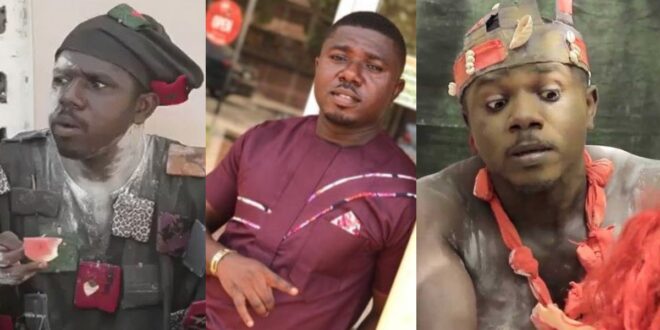 Komfo Kolege, a Kumawood star, has disclosed that he once fainted while acting as a fetish priest in a movie due to a supernatural assault.

When asked whether he had ever experienced any sort of supernatural warfare as a result of his appearances, Okyeame Quophi, known for his ”Okomfour” roles in film, said yes in an interview with Angel FM.

Komfo Kolege said that he was doing fetish recitations on a movie set when he blacked out.

He went on to say that when he actually came to, the prophet informed him that he had been spiritually assaulted.

In the meantime, Kolege is one of Kumawood’s most talented stars, best known for his fetish priest roles.