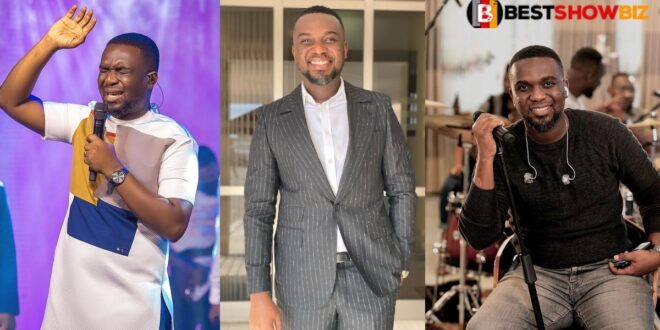 “I have been arrested and jailed before”- Joe mettle

In an interview, award-winning gospel musician Joe Mettle stated that he has been detained by the Ghanaian police in the past.

Despite divulging this secret, he failed to shed further light on it; not even the host’s persuasion to inform the world could persuade him to talk about his imprisonment and his time in prison.

Joe Mettle, on the other hand, took advantage of the opportunity to discuss his marriage to Salomey Selassie Dzisa, claiming that she has always been his childhood love.

Joe Mettle claims that he has never been in another relationship since he began dating Salomey, despite what several others have claimed.

Joe Mettle went on to declare that he has never pretended to be under the power of the Holy Spirit, but that he has spent his tithes and offerings like a man.

“I was a child at the time,” he explained. I was only five years old and had no idea what I was doing.”

Last year, the Gospel musician married Salomey, but rumors circulated a few months ago that the couple was divorcing.

According to accounts, things have become so terrible that Salomey has moved in with her parents. Joe Mettle and his wife, on the other hand, have rejected the charges, claiming that they are still together.