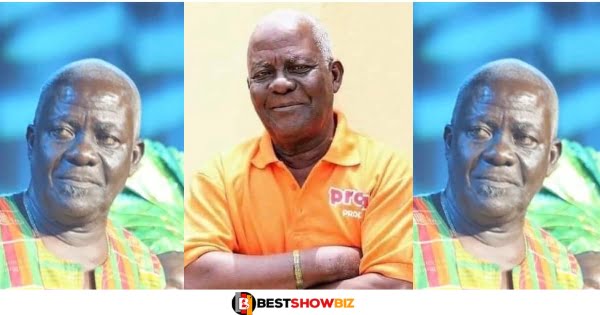 I Have 11 Years To Live – Popular Veteran Kumawood Actor Reveals

In an interview with Accra-based XYZ TV, veteran Kumawood actor Paa George stated that he now thinks he has 11 more years to live before eventually meeting his creator.

The actor said it because of a deal he thinks he has made with God, not because he is severely ill or because doctors have given him a deadline for death.

Paa George claims that he and God have made the decision that he will live until he is 96 years old. He claims to be 85 years old right now, which gives him 11 more years to live.

I know that I’m definitely going to die. I asked for only 96 years on earth. I told God not to add or reduce that age. I must go and rest. I’m 85 years now so it’s left with only 11 years for me to die,

Paa George claims that despite his advanced age, he is still physically active and can still perform, but not as well as before.

In particular, during his final two years, the veteran says he plans to live it to the utmost.

George Appiah Kubi, often known as Paa George, is a well-known Ghanaian actor who has been active in the industry for a very long period. He was born on Sunday, May 10, 1937.