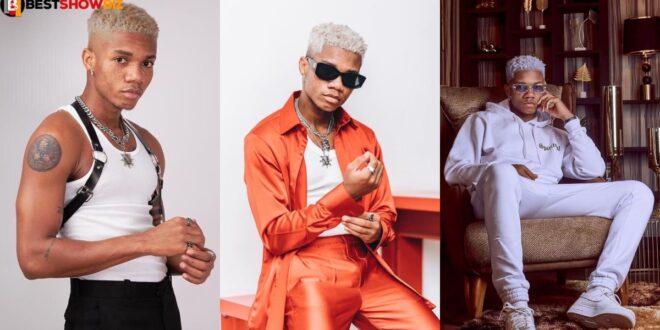 “I hate the name my father gave me at birth, Denis”- Kidi

He revealed it when he appeared on the “Uncut Show” on Zion Felix TV.

Kidi likes to be called “Nana Dwamena”, his middle and surname.

Elvis and Esther are the singer’s siblings. His father informed him he had named him Denis in error because he wanted all his children to have the letter “e” in their names.

Kidi hasn’t liked the name “Denis” since his father told him.

When asked why he wouldn’t change it, Kidi replied that it would involve too much paperwork.