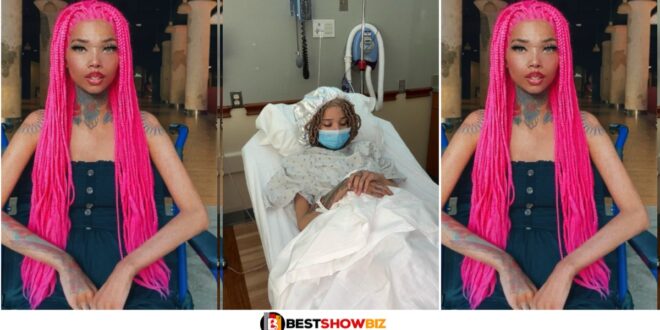 A model, who is 27 years old, revealed that she was taken aback when her physician informed her that the HIV virus must have been present in her body for at least eight to 10 years.

According to the physician’s evaluation, she most likely became infected with HIV/AIDS while she was a young adult, between the ages of 17 and 19; he bases this conclusion on his assessment.

The model, who has not verified that she had any romantic encounters with any of the celebrities to whom she has been associated, stated that she only went to get tested once the symptoms were apparent.

She went on to say that even though she is unable to pinpoint the exact moment when she became HIV positive, she has informed all of her sexual partners of her diagnosis.

Gena reports that everyone who has responded to her calls of support has been very encouraging, calling to check in on her and ensure that she is doing well. She claims that no one else has shown a positive result as of yet.

She also disclosed that, while she was living on the streets of New York City, she was raped multiple times and may have acquired the virus as a result of her exposure to the crime.

The TikToker, who is 27 years old, also claimed that she had obtained free tattoos in the past, despite the fact that the blood-borne virus is known to be transferred through the use of needles.