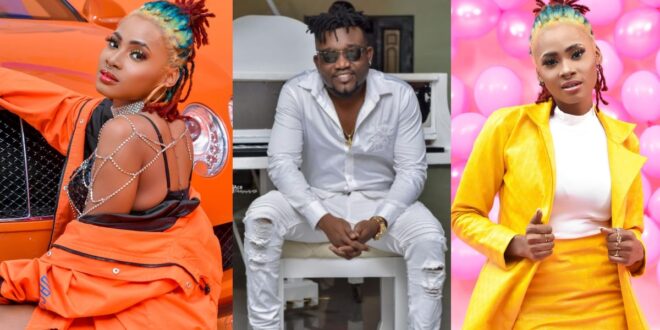 Kiki Marley, a recent Rufftown Records signee, has announced that she had feelings for Ricky Nana Agyeman, the CEO of Rufftown Records, also known as Bullet, and proposed love to him along the way.

In an interview, she claimed emphatically that the Bullet had refused her proposal, claiming that there aren’t enough female artists in the industry and that she should now concentrate on her career.

Bullet took matters seriously following the suggestion, she said, and kept avoiding her until she apologised and vowed not to repeat her behavior.

Bullet, according to Kiki, is a decent and responsible man who is not at all like the public perceives him to be. Since Bullet manages female musicians, the media thinks he is having an affair with both of them.

Read Also  "Sekz Is Cheap, We Get It For Free" - Bullet Claims