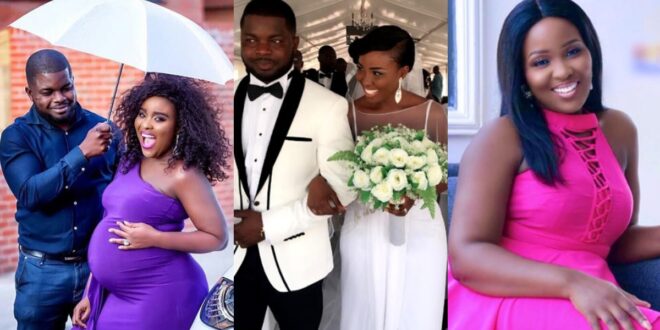 Adwoa Saah quit her work as a multimedia producer at the height of her career to marry Solomon Akwasi Boateng, who was based in the United Kingdom.

In an interview with Delay, Adwoa,, said she will never marry a man with children in her next life.

Let’s go back to Adwoa’s discovery that her husband was already dating her two baby mamas when they were courting.

The first of Solomon Akwasi Boateng’s two daughters, Afriyie, was two years old when they married, and the second, Nhyira, was just over one year old.

Even though Adwoa seems resilient and proactive in her current married life, one can say she has regrets after her interview with Delay.

Adwoa used the occasion to provide advice to young men who seduce women with sweet tongues in the name of marriage and then turn them into baby mamas.