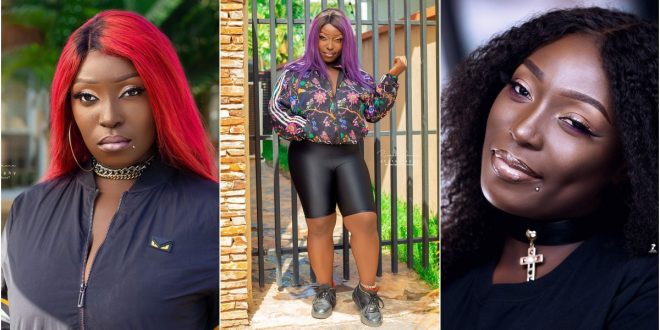 “I felt shy going out because everyone said I was ugly”- Eno.

Eno Barony is the best female rapper in Ghana right now and very few people with debate this fact.

As much as her talent is making an impact on the music industry, Eno has revealed that people have been looking down on her ever since she was a child.

According to Eno in a yet to be aired interview with Delay, her friends and neighbors have been bulling and body shaming her ever since she was a girl.

She said this made her take the decision not to go into public places.

Eno narrated that Sarkodie took a picture with her and posted on his page and told fans to watch out for this female rapper, Eno said the comments from that post alone sent her in tears and a state of depression because many people called her ugly.

watch a snippet from the interview below.