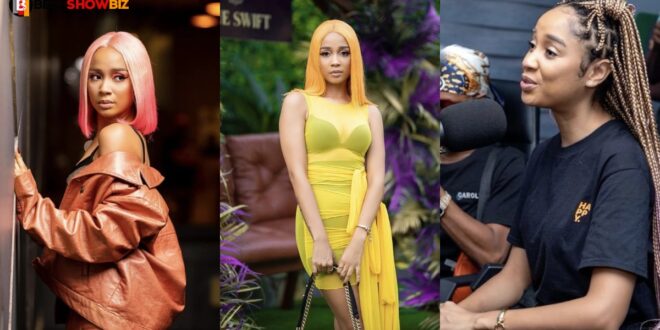 Sister Derby, a Ghanaian singer, has admitted that she failed some of her WASCE papers, including Physics and Elective Maths, due to her constant attendance at church, and that she regrets not taking the time to study.

She said this while discussing her views on religion.

When asked about her views on religion, the ‘Kakalika Love’ hitmaker stated in a recent interview that she believes religion was created solely to control people.

During the interview, Sister Derby shared that she had stopped attending church because it was no longer beneficial to her, and she also realized that they prayed for many of the same things.

Read Also  "None of your wives love you, they married because of your money"- Lawyer Maurice tells Dr. Oteng

She also stated that she is living ethically by not insulting or lying to others, not littering the environment, and sharing what she has with others when she is able.