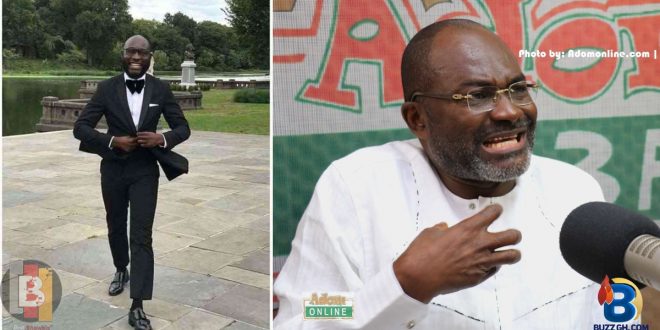 The son of Hon. Ken Agyapong, Kenneth Agyapong has proven on several occasions that his father’s discipline doesn’t just end in the public but it is also expressed when at home or dealing with family matters.

Not long ago, Kenneth revealed that his father nearly got him busted when he was at issue with the police and tried calling him for help.

Kenneth, who is the current manager of one of his father’s firms ‘Kencity media’ has revealed the process his father made him go through before he attained the position as the manager.

In an interview on the Dentaa Show, Kenneth Agyapong revealed that his father allowed him to go through the stress of being employed despite his many firms. according to him, he was first employed as a security before he worked his way to the manager position.

Kenneth said “When I came to Ghana from the States to work with my father’s company (Kencity Media), he employed me as security personnel, I then moved to customer service before getting the manager role.

I have experienced every job in the company except for the cleaning job. All my siblings that come for summer break go  through the same process, My dad wants us to feel the reality of working as an employee for someone”