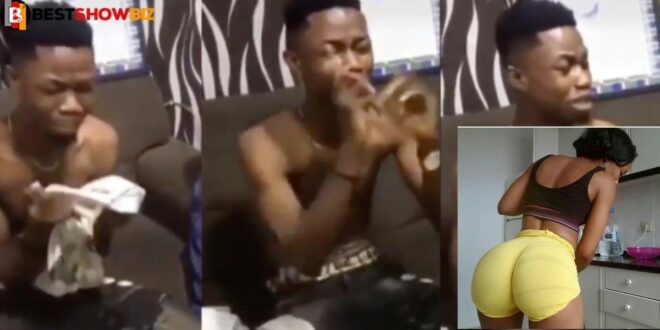 A young man had listed and named his losses one by one as he reflected on all the sacrifices he had made to make a relationship work, but to no avail.

because he had to assist the lady with his fees because of his love for her, he had to drop out of school, causing a wedge between himself and his father. he had to deal with the consequences.

After all the sweat and toil, this young man has been dumped by his lover and is unable to cope with the shock of the news.

This man is observed in tears, saddened, and unable to articulate himself effectively as a result of the outpouring of emotions. A friend offered him some emotional support, but it was clearly insufficient.

His energy has been depleted by the connection, and his body tells the rest of the story.