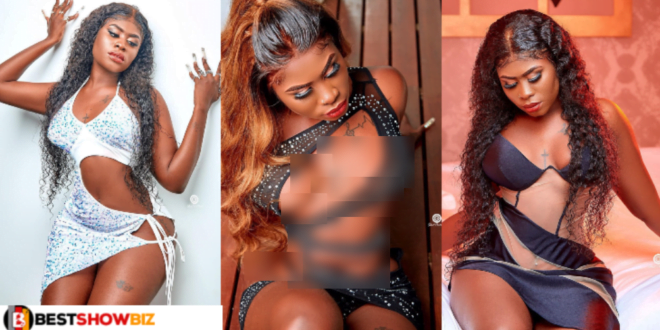 Yaa Jackson, a Ghanaian female musician and actress, has confessed that she does not use bras since she has very small boobs.

During an interview with Deloris Frimpong Manso, often known as delay, the musician claimed that she had never worn a bra before because she does not need one.

She went on to say that she doesn’t wear them since she can’t find her size because it’s so little, making it difficult for her to walk around with them.

She went on to say that any male who tries to date her and is unable to deliver what she requires from him would be cheated on.

“I don’t wear a bra because I have small boobs, and I can confidently state that I don’t even own one,” she explained.