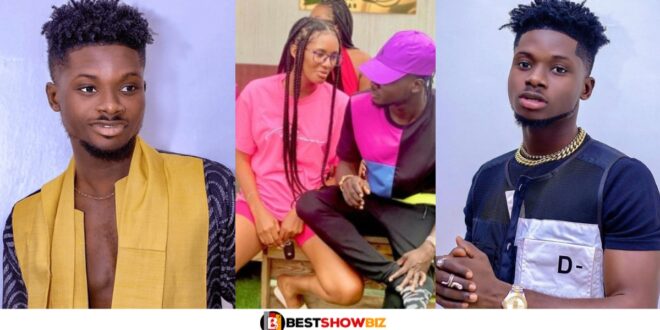 Kuami Eugene, a Lynx Entertainment signee, has stated that he would undoubtedly settle down and have his own children one day, however, this is not the moment.

According to him, he does not want to have any regrets in life and always lives to plan his life, which has kept him in shape up to this point.

He stated that he does not want to be in a scenario where he is getting married by mistake or has a child by accident.

During an interview, he revealed this information.

Read Also  “They squandered all of my time and attention” – Kuami Eugene Shades Guru And Others, Posts New Photos
Share