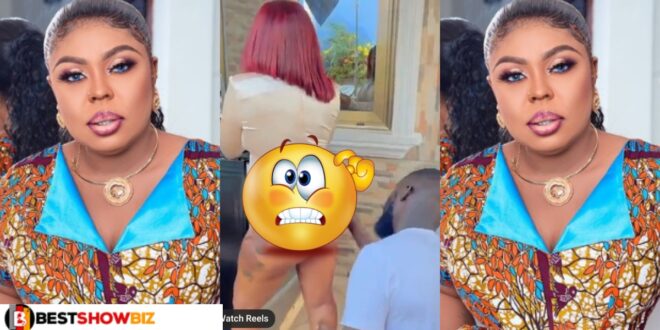 Afia Schwarzenegger, a Ghanaian comedian, has revealed that she will always display her ass because it is the most beautiful thing she owns.

During an interview with Abieku Santana on the Atuu show, which airs on UTV, the outspoken TV personality stated that she would never want people to forget about her beautiful ass.

She wants her grandchildren and great-grandchildren to know that their grandmother was well-known and exposed her beautiful ass when she was young and beautiful, according to her.

Afia Schwarzenegger went on to say that she is not concerned with what other people think of her because she does what she wants and no one has the authority to tell her to stop doing so.