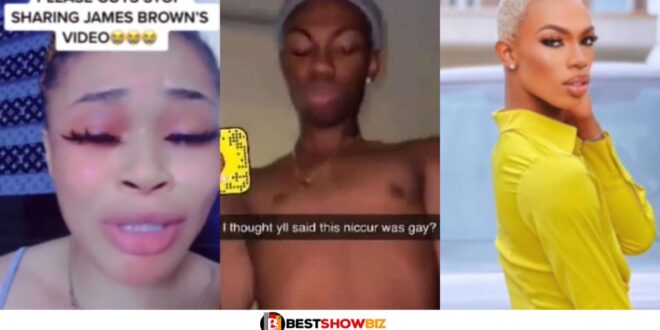 A young woman who claims she was the one who had a sexual encounter with crossdresser James Brown has asked people to stop posting the video online.

She was seen sobbing and claiming that accidentally leaking the tape was a blunder.

Drenched in tears, the lay begged social media users not to repost because she did not want her parents to find out what she had done.

This comes after James Brown expressed his sadness and shock about the video.

Unfortunately for the attractive woman, internet users chastised her for “seeking clout” and claimed that no one would recognize the woman in the video.