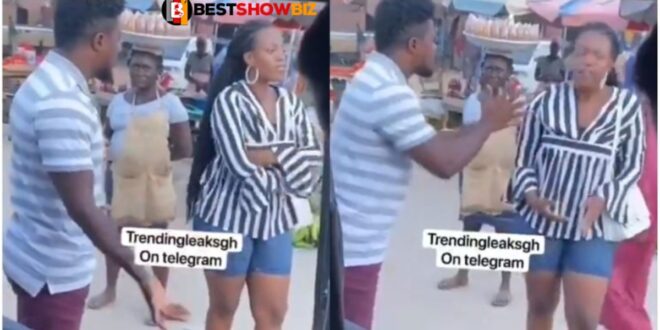 “I don’t sit in Trotro, I want uber”- Lady embarrasses boyfriend on the streets

After refusing to get into the taxi and instead requesting an Uber, a Ghanaian woman makes a scene by embarrassing her lover.

A viral video on social media has sparked numerous comments and perspectives after a Ghanaian woman refused to accompany her lover on a commercial minibus, sometimes known as a “trotro.”

The footage was taken from a commercial minibus stopped by the side of the road, waiting for the two dramatic lovers to board, while the lady insisted on using Uber rather than a taxi.

“Do I have the appearance of someone who sits in a trotro?” “I think I’d rather take an Uber.”As her broken lover continued to urge her, she kept repeating it.