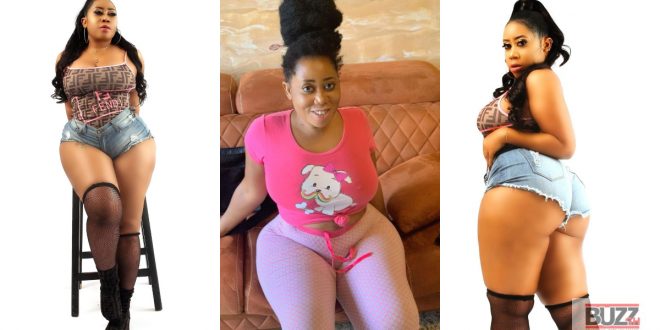 Nigerian actress Moyo Lawal, has revealed in a post to her fans on social media, that she does not recall the last time she wore underwear.

Lawal who sells soup on her IG page aside acting, says due to sultry pictures she normally takes, she does not even recall the last time she was in clothes at him.

She shared a picture of herself full dressed and wrote.

‘Your favourite troublemaker the soap maker, p.s I can’t remember the last time I wore clothes or even underwear. How are you?’

see the picture below.