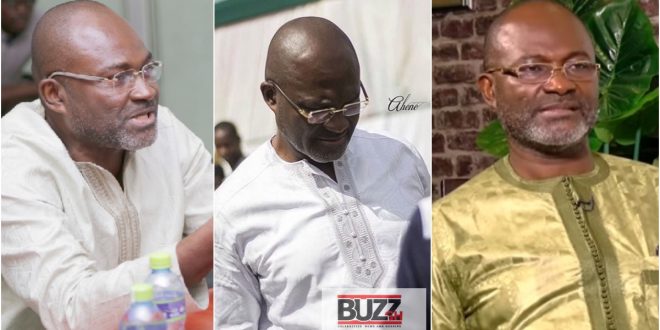 “I Don’t need bodyguards or JuJu, I am not afraid to die”- Hon. Kennedy Agyapong

The Member of Parliament for Assin Central Hon. Kennedy Agyapong has disclosed that he is not afraid of what may happen to him despite his numerous expose’.

According to him he knows what he is doing, he has developed lots of enemies but he doesn’t fear when it is the right thing he is doing.

Speaking on Joy News, Kennedy Agyapong revealed that, he will never go in for escort when walking in town because he believes in the truth and so he is free of any threat when he is alone. To him, if it is his destiny to be killed by someone, so be it.

“Why do I need protection? I’m free. I don’t need anybody to go with me to the Ministries. I walk across,” he said.

“I know, but I believe all die be die so whatever happens one day definitely you’re going to go so I don’t let the death intimidate me in order to live my normal life, I’m just free. Whatever happens so be it,” he added.