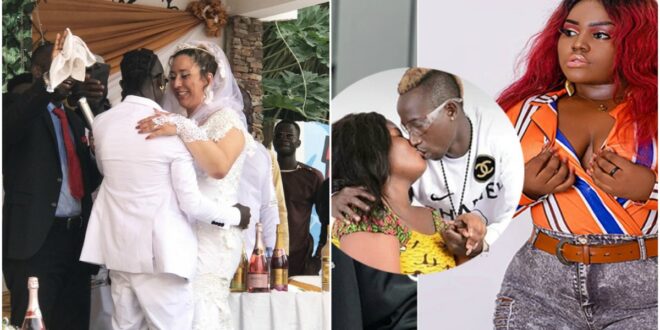 The Ex-girlfriend of Patapaa known on social media as queen Peezy, has reacted to the marriage of patapaa for the first time in a phone interview with Ghpage.

According to queen Peezy, she is heartbroken that patapaa left her to marry a white lady.

She said patapaa made her a lot of promises when they were dating and that she still has love for the “one corner” hitmaker.

Queen Peezy added that, should Liha treat Patapaa badly in any way, she will travel to Germany to deal with her.