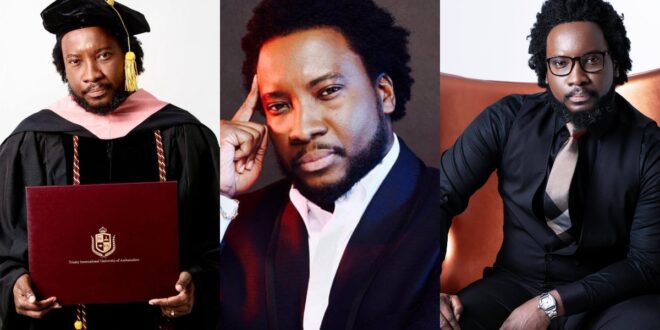 Sonnie Badu, a Ghanaian gospel singer residing in the United States, has been ranting on social media in response to an expose on his acquisition of a degree, master’s degree, and PhD in less than four months.

Following his Doctorate Degree problems that became a topic on social media, the founder and leader of the Rock Hill church has become a target of criticism.

Sonnie Badu responded to trolls after a Twitter user questioned his degrees, saying, “I do not even know how old they are, have the audacity to disrespect, and others are leaping.”

Sonnie Badu also revealed why he does not live in Ghana when answering the detractors.

According to Sonnie Badu in the video below, ” if we keep going on this way will our Nation grow, if we keep on going this way especially in Ghana, killing our heroes, someone has the audacity to question my Presidential lifetime achievement award”.