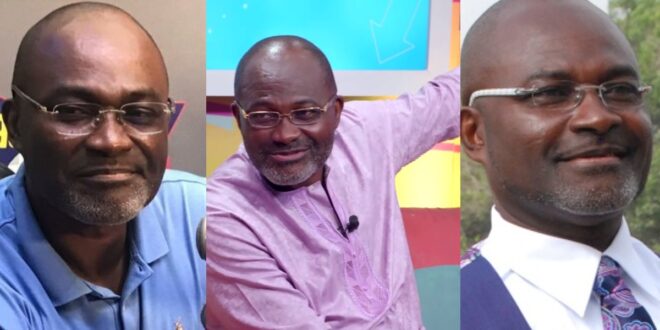 ‘I don’t like the free vaccines, I am willing to pay $1 million to get it’- Kennedy Agyapong

Kennedy Agyapong, a member of the House of Representatives, has spoken out against AstraZeneca’s free vaccine program.

The delivery of free vaccine to developed nations, according to the corporate tycoon Member of Parliament, exacerbates the dependence system in these countries.

The Assin Central lawmaker then announced that he is able to donate $1 million to the government in order to help the government procure vaccines instead of relying on free ones.

He said, “I’m not boasting, but I’m willing to give Akufo-Addo a million dollars to get the vaccinations.”

He said, “I don’t like the thought of constantly running to the developing world to beg for help as though we can’t do something for ourselves.”

After providing 600,000 doses of AstraZeneca vaccines from the Serum Institute of India, Ghana became the first country to receive the free vaccine.