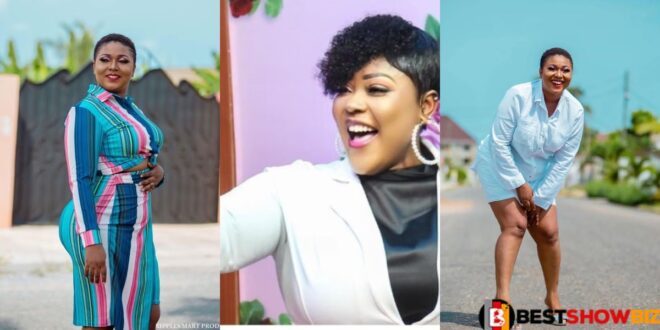 Xandy Kamel, a Ghanaian actress and television presenter, has claimed categorically that she does not have time to reply to Mona Gucci’s charges.

After actress Salma Mumin sued her for defamation, Mona Gucci, who currently works for Onua TV, has been making outrageous charges against Xandy Kamel.

The anchor of Angel TV’s “Yenom Tea,” in an interview with Zionfelix on the “Uncut” Show, remarked that she does not have much time to waste on Mona Gucci.

Mona Gucci’s identity and work were even questioned by her. Xandy Kamel went on to say that she will not waste her time on things that will not benefit her.

She stated that she spends much of her time thinking and investing in something that will earn her money.

Mona Gucci’s decision to criticize Xandy Kamel comes on the heels of her legal battle with Salma Mumin.