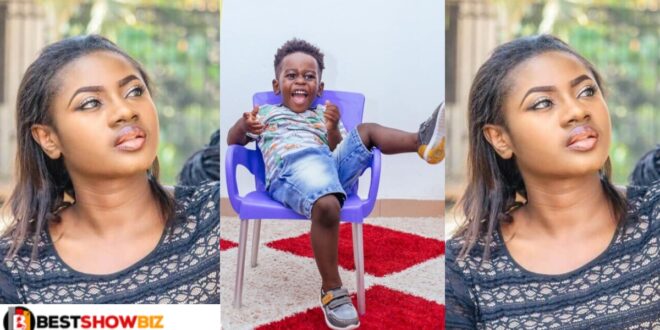 “I don’t have a son, as reports claim.” -Martha Ankomah

After a picture of her with a boy went popular on the internet, Ghanaian actress Martha Ankomah has spoken out about the fact that she has a son.

People have assumed that Martha Ankomah is the mother of a really gorgeous boy, but she has never given birth, according to Martha Ankomah.

During an interview on Accra FM, Martha Ankomah went on to say that she would like to become a mother after marrying in the future.

Martha went on to say that the small child in the images is the son of her own sister, who is married and lives in Accra.

She also warned anyone who spread misinformation about her to stop since it tarnishes her image and identity.