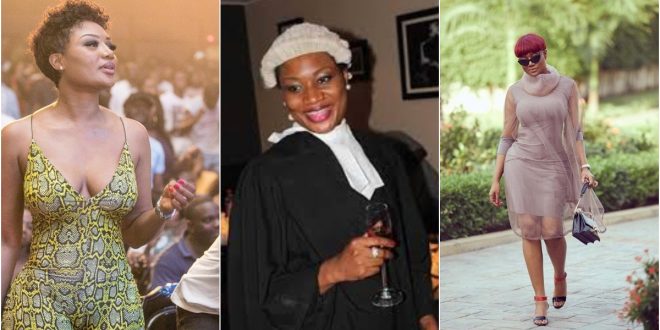 I don’t enjoy being in court – Sandra Ankobiah

Ghanaian female lawyer and TV host, and entrepreneur Sandra Ankobiah have opened up on why despite she being a lawyer but doesn’t go to the courtroom.

Sandra Ankobiah has over the years been tagged as a slay queen whose expensive lifestyle is funded by big men. owing to this her profession as a lawyer is gradually being forgotten by Ghanaians.

Many people even argued if she is truly a lawyer because she has never been seen in the court or has never handled any case.

Sandra Ankobiah has finally broken silence on why she is not often seen in the courtroom but fancy the showbiz lifestyle.

According to her, She was first into the media after her graduation from the Buckingham university of England because she was refused to be admitted by the BAR due to some issues that prevented them from admitting foreign students.

after she got called to the BAR, she got to realize that she wasn’t enjoying the courtroom because it wasn’t interesting.

She continued that it was at that point that she decided to do more of office stuff and the media than going to court that is why she no longer go to court adding that she only goes to court when it’s necessary.