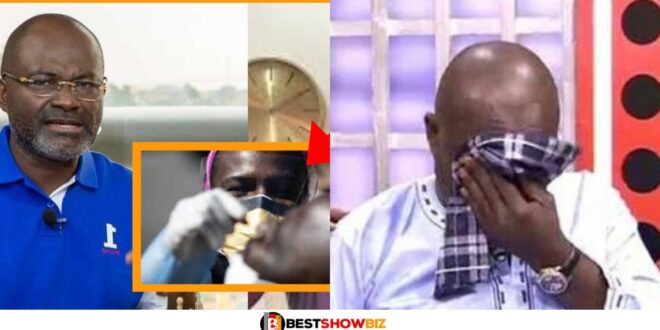 “I didn’t have a stroke, it was a brain tumor surgery I did in America” – Kennedy Agyapong

Mr Kennedy Ohene Agyapong, Member of Parliament (MP) for Assin Central in the Central Region, has talked openly about his health and disclosed that he just undergone brain surgery in the United States of America (USA), which cost US$283,000 to remove a tumor.

Mr Agyapong denied having a stroke in a radio interview with a local radio station in Assin Fosu, Central Region, on Thursday (December 30, 2021).

He said he slipped in the bathroom and hit his head, specifically the right side of his head.

He then stated that he had a constant headache for around five days and decided to see a doctor.

The outspoken New Patriotic Party (NPP) MP said that a CT scan at Lancet in Accra’s East Legon discovered a tumor on the left side of his head, which the doctor indicated was not caused by the accident and had been present for some time.

When the doctor ordered that it be removed, Mr Agyapong claimed he traveled to the United States for further examination, which verified the tumor on the left side.

He stated that the doctor in the United States was able to tell him how long it had been there and praised the physicians at Lancet for detecting it.

He said that the doctor in the United States verified the tumor’s size, which had been determined by the doctor at Lancet to be about the size of a computer mouse.

He was recommended to have it removed before it became malignant, so he did so.

Mr Agyapong stated that was the medical operation he had just undergone in the United States, and he denied having a stroke.

The doctors told him that the tumor was expanding gradually and that it was best if it was removed while he was still “young.”

He said he was not ill and that he got a medical checkup every year.

His radio interview also touched on his humanitarian endeavors, as he discussed the items he had distributed to citizens in his Assin Central constituency for the Yuletide season.

Mr Agyapong gave cash and gifts to widows and the elderly, and even paid the school tuition of some of his constituents.

Sewing equipment and hair dryers for trainee seamstresses and ‘hairdressers’ were among the gifts. It also provided food for the elderly, such as rice and cooking oil.