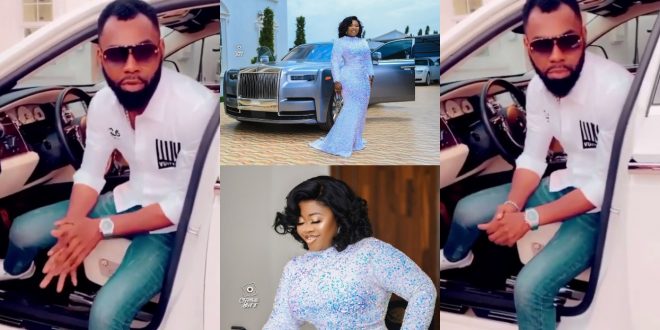 The general overseer of the Anointed Palace Chapel, Francis Antwi, popularly known as Rev. Obofour has reacted to troll criticizing him for his recent controversial advice for a newly wedded couple.

The man of God recently made the new after he was tasked to officiate a wedding ceremony between one of his junior pastors (Alpha Romeo) and his longtime girlfriend – due to his advice which was somewhat supportive of adultery.

Reverend Obofour advised Romoe that a wise man is “one who cheats on the blind side of his wife. he switches his phone off when he arrives home and saves the names of his girlfriends as ‘cement owner’, ‘languard’ etc. to avoid being caught.”

The words from the APC founder at the wedding ceremony which came off at Breman (a suburb of Kumasi) on Saturday, 21 November, got many Ghanaian criticizing him for backing one of the greatest acts the bible frowns upon [Adultery], especially he being a man of God.

However, Rev Obofour has reacted to the massive backlash he received. He stated that his assertion was misinterpreted by the public and that his sermon didn’t encourage cheating in marriage – but was of the view that he who wants to cheat on his partner must hide it out of respect.

Read Also  Photos of Dr. Doreen Adisa, the first Doctor to Died of Coronavirus in Kenya

According to Rev Obofour, it’s not advisable for men to cheat in the full glare of their partners. “This is not damaging control, I take responsibility for everything I said. What I meant was that as a man you must not cheat on your partner but if you can’t resist the temptation to cheat, polish it.”

“Even if you want to cheat, hide it from your partner. Any sensible person will understand my assertion”, Rev Obofour added.

Watch the full video below;