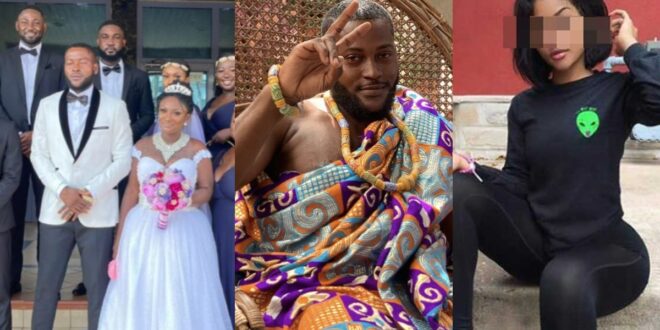 Abena Moet, a media star, and her sweetheart, Joel, tied the knot over the weekend.

On Saturday, March 27th, Moet and her husband had both a traditional and a white wedding.

Following the wedding, a woman took to social media to express her displeasure!

She appeared to be dating Abena Moet’s husband Joel and had no idea he had another woman in his life.

The unidentified lady said that she dated Moet’s husband for six months and was unaware of their marriage until yesterday when some friends told her.

As a result, she has cursed Joel for causing her such agony!

Have a look at the image below.