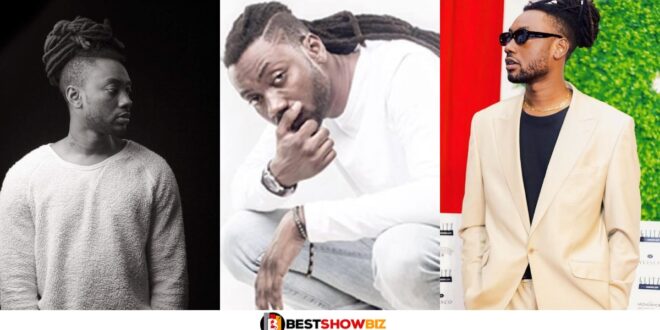 Singer Pappy Kojo has addressed rumors of him being a member of the LGBTQ+ community once more, and this time he’s irritated and fed up!

During an interview on Joy Prime, the Ghanaian singer stated that he is willing to acknowledge being gay if it will put everyone at ease once and for all.

Pappy Kojo admitted to being gay and sleeping with multiple women as a cover-up.

In the course of the interview, Kojo also described how his music career took off on its own in a wide-ranging Joy Prime interview.

“I was living in my Italy… I met Joey B, we went to the studio, we did a song, put it on Twitter, the next day it was trending. So it wasn’t planned,” Pappy said.

Pappy added that after that song, he began to produce more because the people loved it so much. He stated, “…it only made sense to do more.”