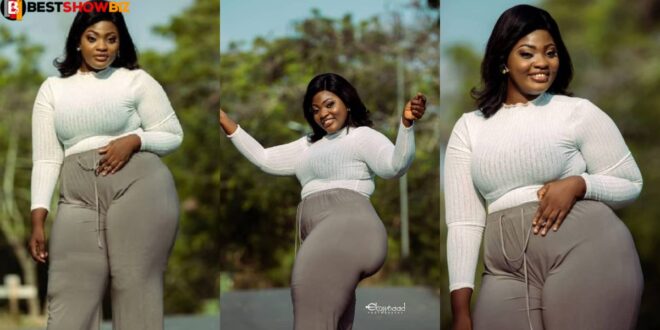 Shemima’s date Rush fame, who was known after she chose Ali, who was also part of the Date rush has come out to make some shocking revelations about the kind of men she likes to date in her life.

According to Shemima, who was speaking during an interview with SVTV Africa hosted by DJ Nyaami, men who are between the ages of 40 and 90 years old are very mature and would not stress you out if you were to have a chance encounter with them.

Furthermore, she stated that when seeking a man, she does not look at faces; instead, she seeks a man over the age of 40 who has his own car and is able to purchase some items for her as well as drive her around town.

Read Also  Do You Remenber Michael Essien? Here Is How He Looks Now - Photos

When questioned why he prefers men who drive, she stated that the current state of transportation is a positive for her in terms of finding a wealthy man who can provide him with a car.

According to her, she would be content even if she were to become the sixth wife of business magnate Dr. Kweku Oteng due to the fact that he is wealthy and able to provide all of her wants without a problem.