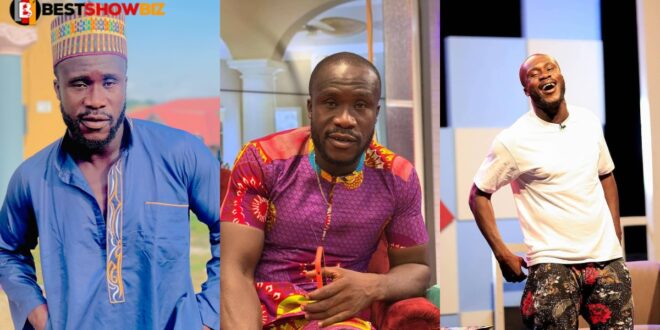 Ras Nene, also known as Dr. Likee, a popular Ghanaian comedian, has revealed that he cut his dreadlocks because he needed to get into comedy, but he is still a Rastafarian at heart.

Ras Nene revealed in an interview with JoyPrime that he needs to show the world that he is flexible and versatile because he is recognized for his dreadlocks.

He also stated that he preserved his dreadlocks because he plays the role of a “Killer” in the majority of his films. He went on to say that he got rid of them solely to reposition himself as a comic.

Ras Nene also used the chance to encourage his fans to achieve their goals in the face of adversity. He advised them not to be concerned about what others could think about them.