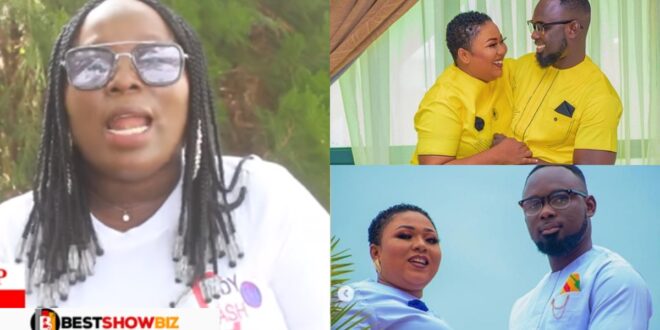 In an interview, one of Kaninja’s ex-girlfriends said that she is the root of the sports presenter’s marital difficulties, which have been circulating on the internet for the last 72 hours.

According to this lady, who is also a marriage breaker, she sent a couple of water gods to deal harshly with Kaninja after he exploited and discarded her for another woman, according to the story.

In her account, she described how Kaninja was broke to his core, and how she had been the one who had provided him with food and shelter, but that the evil in him prevented him from feeling thanks for all of the sacrifices she had done on his behalf.

The lady, who is still suffering from the effects of Kaninja’s “chopping her and her money,” reportedly stated that Kaninja had even promised to marry her after placing a promise ring on her hand, but that he later took the money from their wedding to purchase an Ipad.

In light of the phrases she chose to use during the interview, it’s reasonable to infer that Kaninja is a big-time opportunist who preys on fragile females and persuades them to part with their money when he discovers that they are truly in love with him, according to the evidence.

Apparently, the Angel FM employee has no sense of shame since, according to this lady, he even attempted to sleep with her sister’s daughter when she was still a teenager at the time of the attempted sexual encounter.

Following that, she went on to state with great confidence that Xandy Kamel was the one who financed their lavish wedding since she is well aware that Kaninja is an untrustworthy individual who will never put a dollar in their union.

She declared forcefully in the last minutes of the conversation that Kaninja would never find happiness with whatever lady he attempts to settle down with because she has cursed him.

She also warned other females to be extremely cautious with Kaninja because he will take advantage of them, waste their money, and then dump them in plain sight if they don’t watch out.

Please see the video below for further information…