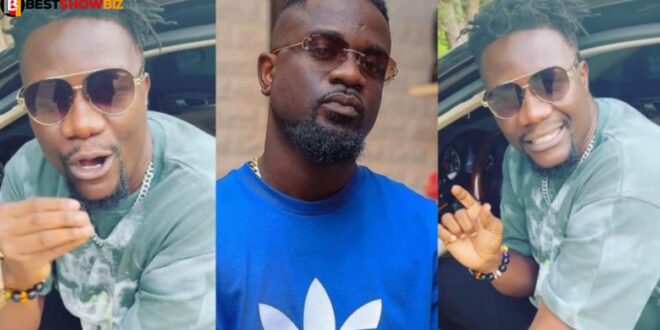 Singer Obibini has resolved in dissing rapper Sarkodie alongside issuing a stern warning to the rapper. This  Follows after comments Sarkodie passed during an interview on Nigeria’s Beatz FM.

When Osi Suave, a Nigerian presenter, remarked that Ghanaians have not adequately recognized Sarkodie’s tremendous contribution to Ghanaian and African music, the rapper agreed with his remarks and bemoaned how Ghanaians do not value him.

This somehow has got many Ghanaians expressing their displeasure at the BET award-winning rapper. But Obibini’s outburst over this issue is rather causing a stir on social media.

The singer has painted the rapper black as he called the latter ungrateful. Obibini claims that if he had just 20% of Sarkodie’s support, he would have been touring the world by now. He savagely jabbed Sarkodie left-right-center in a self-made video he uploaded on his Instagram page.

The caption of the video was a strong warning to Sarkodie never to dare talk down on his career because he has been ‘chopping his sister in his car which we can’t tell is true/false.

He composed: “Before you spit on my career, Know that I got your pretty sis up in my KIA. I might be part of La Familia“. Watch the video below: