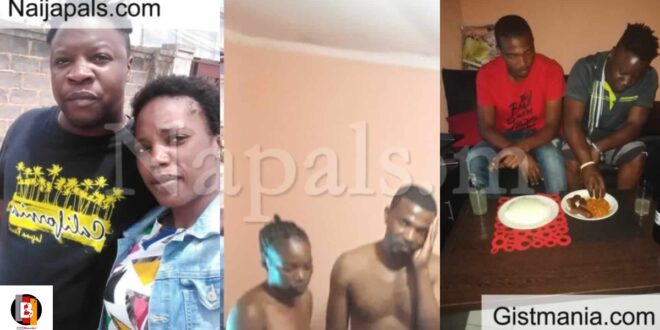 “I caught my best friend, who is married, in bed with my wife”- Man cries

A young married guy is unbearably distressed after discovering his wife of 5 years in bed with his closest friend on their marital bed,

Benjamin, the husband, told how he has been in a happy marriage with the wife that has brought fourth their adorable daughter and never expected her to cheat on him – especially not with his best friend.

Everything between him and his wife, he claims, has been going swimmingly. He seldom disagrees with her and makes certain that he is able to care for her and their two-year-old child.

He did, however, win a job that required him to travel outside of Accra for two weeks only to return home to catch his friend who served as his best man during their wedding and wife red-handed in his matrimonial bed.

” I made sure I take my wife out once in a while whenever I get some free time because I wanted us to bond. She also works but comes home earlier than me. I help with the chores at home whenever I can because I don’t want her to be stressed,” He is reported to have said in an interview with Ghbase.

“I got a job offer and I was to travel on Friday for two weeks. She came home earlier than usual to help me pack. However, on my way going, I was called that the meeting had been postponed to the following month so I had to return home. I was excited because I was going to spend the Christmas holidays with my wife and my daughter.”

”I decided not to call my wife and tell her the good news because I wanted to surprise her. So on my way home, I picked up some wine and some gifts for her and my daughter. Unfortunately for me, I saw my best friend who was also my best man at my wedding on top of my wife banging her and making her moan loudly!!

Benjamin revealed that he had moved out of his residence and was now sleeping in a motel. He went on to say that his best buddy begged him not to reveal his family’s breadwinner, his wife.

“My so-called best buddy has been buzzing my phone to tell me not to tell his wife about the event.” Even though his wife pays his bills and takes good care of him, he has always been a player and has been sleeping around. I had no idea my wife was one of the ladies he was having affairs with.”