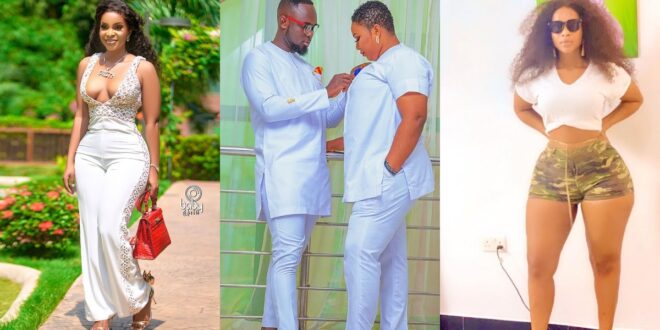 Apparently, between actresses Xandy Kamel and Benedicta Gafah, there is no love lost.

beneXandy admits she doesn’t benedicta Gafah , but revealed she can’t simply be acquainted with non-married women.

Last year, Xandy got married and she is not yet a year into her marriage, but she says she has chosen not to be friends with anyone still on the single market because there is nothing significant that she can get from such friendship.

She tends to be buddies with individuals who are also married with experience, according to Xandy, she wants someone who can guide her on marital problems which will help establish her own relationship.