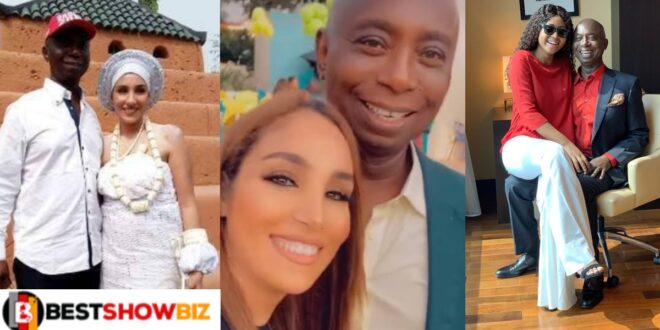 In a lengthy statement posted on his Instagram page, Nigerian businessman Ned Nwoko revealed that his marriage to his Moroccan wife, Laila Charani, ended after she underwent plastic surgery and began cheating.

According to Ned, Laila took an expensive vacation with the kids to England, and Laila abandoned their children while on vacation in London.

He also claimed that Laila performed surgery without his knowledge and that he was in contact with a strange man.

His statement is as follows:

“She had an expensive summer holidays with the kids in London, but there were serious issues with the London trip. When she got to London, she abandoned the kids. No money was spent on them for their clothes inspite of the generous financial provisions. She did plastic surgery without informing her husband. She went to club and caught coronavirus there.

She was always on phone with a strange man. From discreet findings, the relationship with the man started sometime in January 2021. But the bubble burst last August when she went on the summer holidays in London with the kids”, Ned wrote.