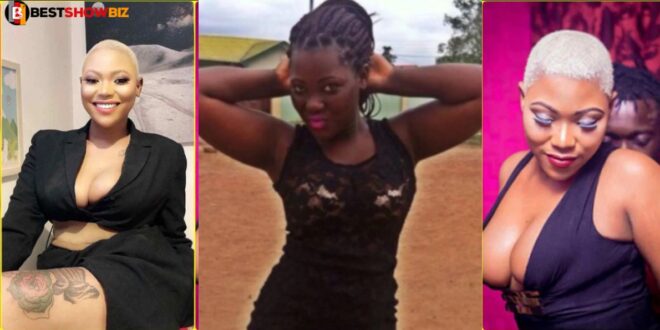 In an interview with DW-TV, Queen Farcardi, real name Patience Enyonam Gbekle, one of Ghana’s most prominent slay queens in recent times, explained her rationale for altering her skin color.

She was questioned about her decision to bleach her skin by a German-based media outlet, to which she replied that she did it because it is what Ghanaian guys desire.

She declared that she wanted to be the sort of lady that guys coveted.

Queen Farcadi went on to claim that her new skin tone caused her to alter her name from Enyonam to Farcadi.

according to the social media slay queen, her life has improved along with her skin tone when things started to change.