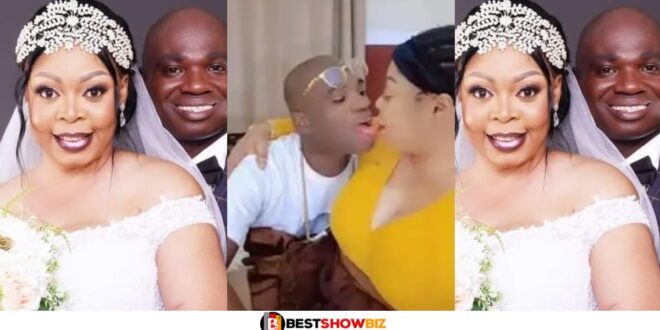 Joyce Dzidzor Mensah, a former HIV/AIDS ambassador, claimed she was depressed after marrying Dr. Kwame Owusu Fordour, also known as Dr. UN, less than a week after they announced their engagement.

Exactly one week ago, the couple announced their engagement on social media.

The revelation shocked Ghanaians, who were left wondering what it meant for their union.

The two celebrities proceeded to ignite social media with their different videos, despite the fact that some people assumed it was done for publicity. The newlywed pair could be seen providing proper PDA and locking lips in several of the videos.

It appears that not everything that glitters is as good as it seems, as Joyce Mensah revealed in a Facebook post that her marriage is having a lot of difficulties.

She thought that a marriage should be based on a contract that lets one partner leave early if they are too tired.

“I think marriage should be contractual. Maximum years of living together 3 years and minimum of one month so that when both of you are not compatible, you can terminate the marriage contract,” she wrote.

She also shared that she’s “going through a lot right now” and is “feeling depressed.”