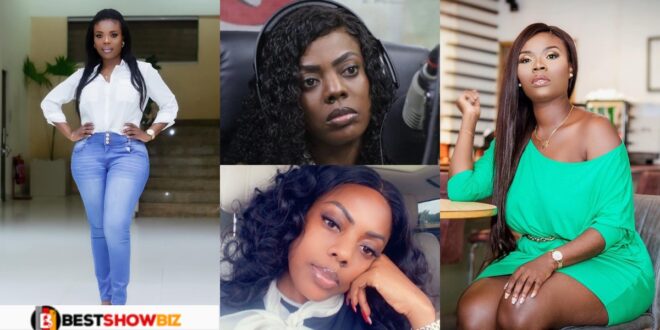 Nana Aba Anamoah, the General Manager of GhOne, was formerly known as ‘Girls SP.’ Deloris Frimpong Manso, better known as Delay, an ace journalist, has taken over the role from him.

Abeiku Santana gave Nana Aba Anamoah this name during a minor squabble between them, but it appears that Delay wants the name for herself.

The Delay Show,  is known for having one of the most original and entertaining intros.

She referred to herself as the Girls SP for all female journalists in her most recent Delay Show opening, which is the exact description Nana Aba Anamoah has given for quite some time.